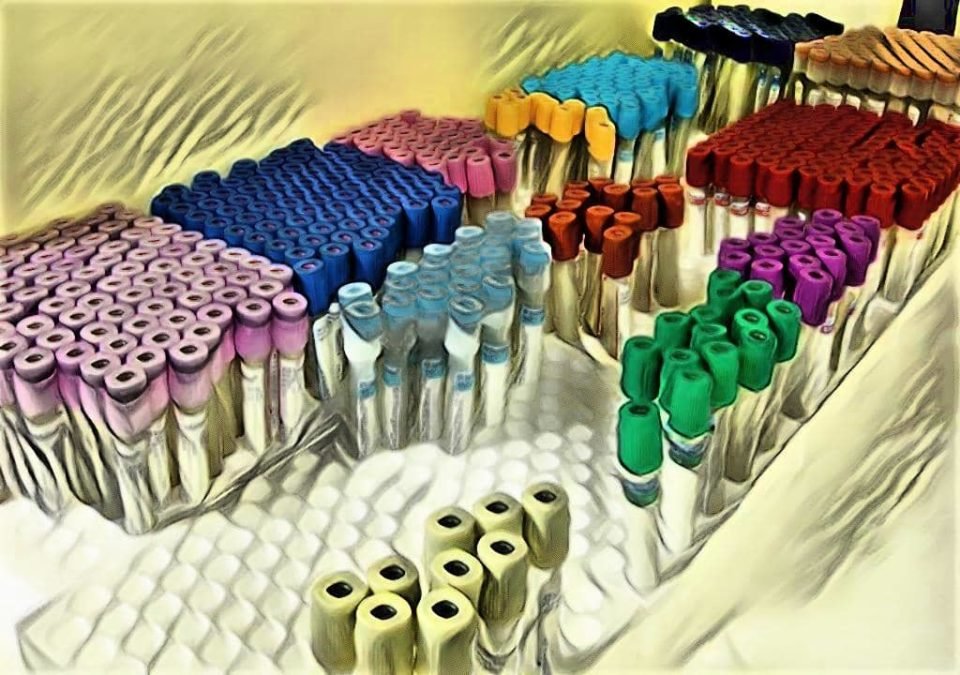 Hey, Good to see you here 😀 …… In this Article, we’re gonna discuss the various Anticoagulants used in Hematology Laboratory….. If you have any queries, don’t forget to mention in Comments…Thanks

Anticoagulants are the Chemical substances that prevent the blood from clotting when mixed with inappropriate concentration with the Blood Specimen.

Some of these agents are used to treat thrombotic and thromboembolic diseases such as Stroke, Myocardial Infarction, and Deep Vein Thrombosis.

A few of the anticoagulant is used in the laboratory test related to (Complete Blood Count) CBC, Coagulation Studies, Platelet function test, and other Hematological tests as well as for some of the Biochemical Tests.

Anticoagulant is used in the hematological laboratory where Whole blood or Plasma is required which depends upon the tests to be done and then the type of anticoagulant is decided. Most of the anticoagulants prevent the clotting by removing calcium or iron which is necessary for clotting process. Every anticoagulant is added in fixed proportion to blood.

What is the Working Principle of Anticoagulants?

Most of the anticoagulant commonly used acts by removing the calcium ions present in the blood which is required for the coagulation process. The anticoagulant binds with the calcium and thus prevents blood from clotting. Also, some anticoagulants are used for specific assays due to their unique properties such as fluoride which inhibits the activity of Phosphorylase enzymes and provides precise results in Blood Sugar Estimation and Citrate in specific concentrations used for the Coagulation studies etc.

It is widely used chemical anticoagulant in the laboratory. EDTA is colorless, water soluble and acts as a chelating agent that is it has the ability to bind to metal ions like Calcium.

Mechanism of action of EDTA

It acts by the chelating effect on the calcium molecules in the blood. It is effective when used as about 1.2 mg/ml of blood.

It gives better preservation to the cellular morphology of blood cells when observed even after 3 hours of blood collection.

It can be used for platelets counting as it inhibits the clumping of platelets.

Excess of EDTA in the blood may lead to shrinkage of RBCs & WBCs. It may cause degenerative changes in the blood cells.

Also, the excess amount of EDTA may cause the decrease in Packed Cell Volume (PCV) & Increase in MCHC (Mean Cell Hemoglobin Concentration).

It activates naturally occurring anti-platelet auto-antibodies which cause the platelet adherence to Neutrophils.

Following tests are commonly done by using EDTA as an anticoagulant –

It was first used as an anticoagulant in blood transfusion in the earlier 20th century. Its usefulness continues till today in blood collection tubes for the ESR and Coagulation studies as well as for the preservation of blood in blood banks.

The action of Citrate ions is to form calcium citrate complexes which disrupt the blood clotting mechanism by chelating or binding with the calcium ion in the blood and inhibits the coagulation of blood.

3.8% solution of Tri-sodium citrate is commonly used which can be easily prepared in laboratories as follows:

Dissolve the Tri-Sodium Citrate in Distilled water and mix well. 0.4ml of this anticoagulant is sufficient for the 2ml of blood.

The Citrated blood is used for

Citrated blood cannot be used for Packed Cell Volume (PCV), Hemoglobin (Hb) Estimation, Total Leukocyte Count TLC, and Differential Leukocyte Count (DLC) because citrate is used as a solution and it alters the concentration of blood.

It acts as a chelating agent and binds with the calcium ions present in the blood and forms insoluble precipitates of Calcium Oxalates.

The double oxalate consist of

It as prepared as the 20 mg/ml concentrated oxalate solution that means 2mg/0.1 ml of oxalate. 0.5 ml of this solution is poured into the container and dries, which is sufficient for 5 ml of blood.

Remember that the Potassium oxalate and Ammonium Oxalate should be used in a ratio 2:3 and at a concentration of 2mg/ml of blood.

The morphology of the White Blood Cells (WBCs) is not preserved well so it is not useful for making Peripheral Blood Smear.

The Calcium Oxalate precipitate that forms in the blood is harmful as it is a toxic agent & it is not used as a preservative in blood banks.

It is the anticoagulant of choice for the estimation of blood sugar.

It binds with the calcium ions present in the blood and forms Calcium fluoride. Also, it is commonly used whenever the blood sugar estimation is required to be done because Sodium Fluoride is the competitive inhibitor of Phosphorylase enzymes and prevents glycolysis by blocking its activity.

Dissolve the content and mix well. It gives the solution at a concentration of 30mg/ml. 1 ml of this solution is poured into a container and allowed to dry, which is sufficient for 5 ml of blood as 6mg/ml is used.

It is commonly used for the estimation of Blood Sugar and other biochemical tests.

Heparin is a natural anticoagulant which cannot be prepared in the laboratory. It is obtained from the leech. It is a good anticoagulant and well preserves the morphology of the Red Blood Cells (RBCs).

It is used in the concentration of 10-15 units equivalent to 0.1-0.2 mg/ml of Blood. The Anticoagulant is first sterilized and then taken in the container or Blood collection vial, afterward blood is added to it in an appropriate concentration, mixed gently by inverting it 10-15 times or shaking it gently.