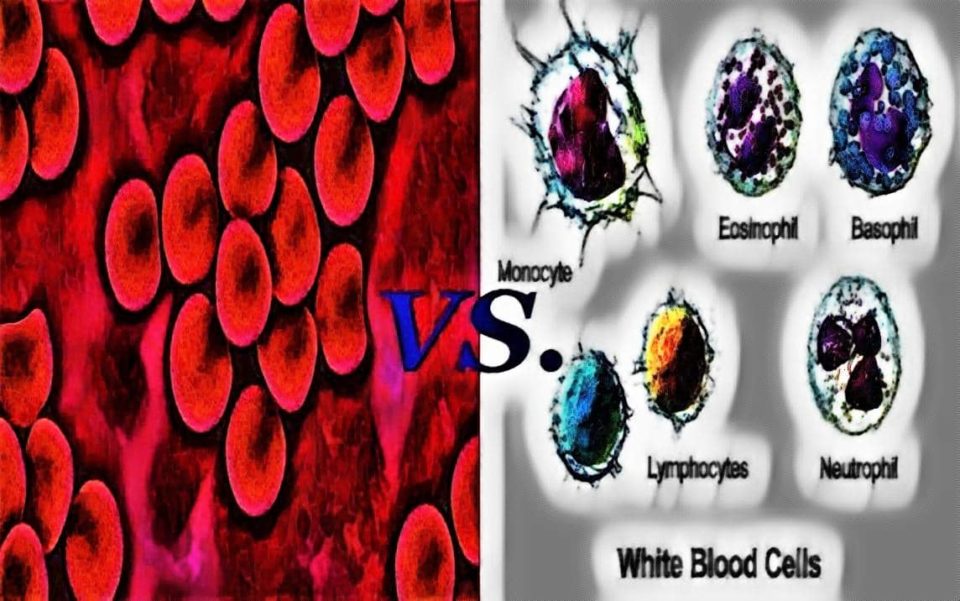 Hey, Good to see you here 😀 …… In this Article, We’re gonna discuss the major difference between Red Blood Cells & White Blood Cells….. If you have any queries, don’t forget to mention in Comments….. Thanks

Beside the Platelets, the two most important cellular components present in our Blood are the Red Blood Cells and the White Blood Cells. Often people get easily confused between both the cells with respect to their Structure, Color, and functions.

Let’s discuss in brief about both the types of Blood Cells and later we’ll move to the major differences between them….

So, the Red blood cells also known as Erythrocytes and abbreviated as RBCs are the pigmented cells present in our blood consists of red color iron-containing pigment – Hemoglobin. The size of the RBCs is about 7.2 mm (microns) approximately and having a lifespan of about 120 days. The Red cells are mainly associated with the transportation of gases – Oxygen from the lungs to the tissues and Carbon dioxide from the tissues of the body to the lungs for excretion.

The White blood cells are mainly associated with the defense mechanism of our body and provide immunity against a variety of diseases as well as protects against any foreign particles, organisms, and Parasites. Moreover, Leukocytes are associated with the killing of cancer cells, productions of heparin, digestion of debris of dead cells etc….

That’s All about the Major Difference between Red Blood Cells and White Blood Cells (RBCs VS. WBCs)