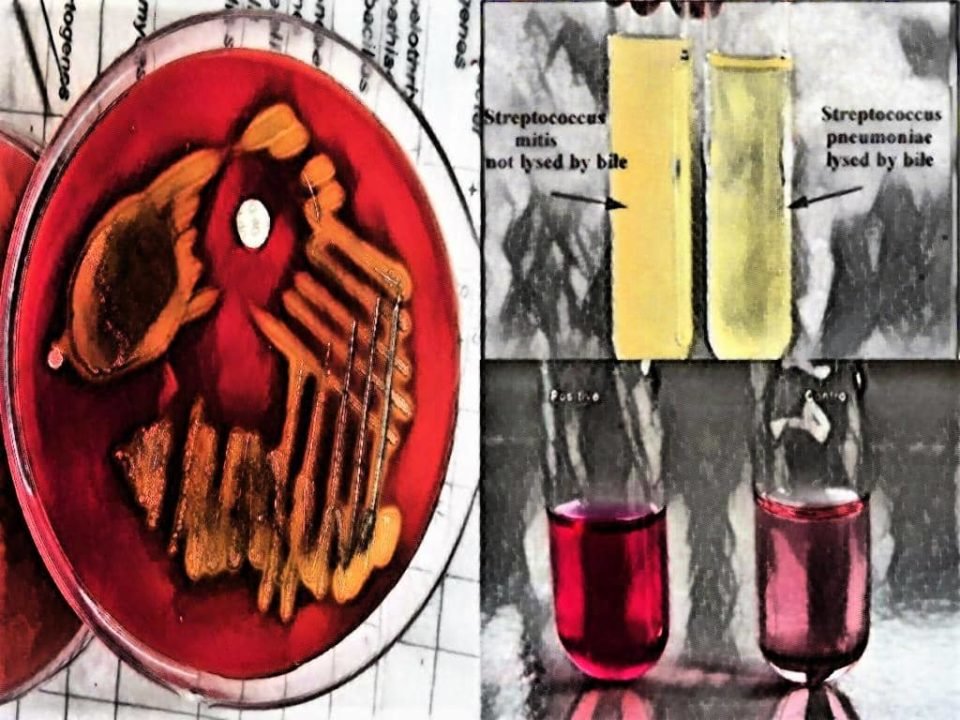 Hey, Good to see you here 😀 …… In this Article, we’re gonna discuss in detail about various biochemical tests for Streptococcus pneumoniae….. If you have any queries, don’t forget to mention in Comments…Thanks

Fermentation of Inulin (differentiate S. pneumoniae from other Streptococci)

Sensitive to the Optochin antibiotic (differentiate S. pyogenes from other Hemolytic Streptococci)

Besides that of various biochemical reactions and Sugar fermentation, certain enzymatic reactions are also medically important to distinguish Streptococcus pneumoniae from other Streptococci.

Below is the list of these Enzymatic Reactions and various other biochemical tests for Streptococcus pneumoniae which have great importance in research and for knowledge but are not routinely employed:

That’s all about the Biochemical tests for Streptococcus pneumoniae (S. pneumoniae)